In Silicon Valley, entrepreneurial companies start in a garage. In Silicon Alley, however, they start in a kitchen. After starting an online TV show for entrepreneurs called TrueNYC, David realized there was a bigger opportunity to bring an online learning format to the legal industry. In 2007, he restarted Lawline - working out of a kitchen for the first two years. His focus was building a company and culture the likes of which no one had seen since Google. While that is still a work in progress, he looks to companies like Apple - which had  a long-term trajectory to success - for inspiration. On a personal level, David is an avid marathon runner, is on the board of Entrepreneur’s Organization NY, and regular mentor to budding entrepreneurs. He lives in Park Slope with his wife Kelli and  three beautiful children: Josh, Leila, and Jonah.

Sigalle provides leadership and vision to ensure Lawline has the proper processes and people in place to effectively grow while ensuring financial strength, stability, and profitability. Sigalle approaches her work with respect, radical candor, and a balance of decisiveness and flexibility as she furthers the objectives of the company, She tops it all with a little humor, nerdy pop culture references, and a whole lot of self introspection. Before joining Lawline in March 2012, Sigalle litigated civil claims in areas such as landlord tenant, breach of contract and tax lien and mortgage foreclosures actions. Sigalle is an avid lover of music, video games, blogging, asking questions and all things food. She is also fluent in Hebrew and enjoys writing, traveling and scuba diving. 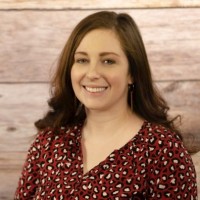 Alyssa Burton is originally from New Jersey but now lives in Arizona. She graduated from Rowan University with a Bachelor's degree in English. In her free time she enjoys hiking with her fiancé and two dogs, using comically bad puns in everyday conversation, and baking! She also loves to travel, currently her favorite location to visit is the Jemez National Forest in New Mexico!

As the VP of Business Operations, Michele oversees the Finance, Legal, Human Resources and Office Functions, but her passion lies in recruiting, coaching and developing and supporting A players. She has been a democratic activist, a government prosecutor and a personal injury attorney.  In the past 2 years she has served as Vice President of the South Orange Maplewood Special Education Advisory Council and worked hard to advocate on behalf of these families with the school administration. She has completed 2 Sprint triathlons with the support of the members of her local women’s triathlon group, and enjoys hiking, trying new restaurants, and just chillin’ with her husband David and two sons Max and Eli. Anna is the Business Operations Coordinator at Lawline. She has received her Bachelors at Mercy College and is continuing her education at Mercy to receive her MBA with a concentration in Human Resources Management. She is fluent in Italian and basic understanding and speaking in Spanish. She has a background in technology recruitment and HR & Operations. Anna enjoys spending time with family and traveling the world with her fiancé. She enjoys different cultures, food, art, and hosting dinners with friends and family.

Beth grew up as a Navy Brat. New York is the tenth place she has lived in her life. Beth got her Bachelor’s from NYU in Urban Design and Architectural Studies with a minor in Chemistry and decided to settle down in the city. In her free time, Beth enjoys food, talking too much, watching tv, and playing board games. She wishes her landlord would let her have a dog.

Lana is the newest member of the Customer Support team. She grew up in Russia and moved to the United States to pursue her American dream. Lana lives in the New Jersey suburbs with her husband and two children.  She enjoys gardening, reading, and cheering on her kids at swim races.

Meredith joined the Lawline team in 2012 and is now the Director of Customer Experience. She attended Northeastern University in Boston, and currently resides in Westchester County with her husband, her parents, and their (combined) three cats. She earned her MBA online from the University of Massachusetts - Amherst in 2015 while working at Lawline. In her free time, Meredith volunteers with a local dog rescue organization and is currently training to run her first marathon in the fall. She loves to travel both within the US and abroad, and has been chipping away at visiting every professional baseball park with  her family. She is hoping to one day compete on Jeopardy! but will play any type of trivia game in the meantime.

Michelle is the Customer Support Manager at Lawline. She was born and raised on Long Island and received a Bachelor’s degree in Mass Media Studies from Hofstra University. She loves being creative and incorporating that into hobbies, like face painting and decorating empty bottles and jars. Aside from that, in her spare time, she loves binge-watching reality television shows and spending time with her family, friends and most importantly, dogs

Dan graduated from SUNY Plattsburgh in 2013 with a B.S. in TV/Video Production. Shortly after graduating, Dan began working freelance in the Video Production industry. Two years later, he started planning corporate events around the world. Some of his favorite spots he had the privilege of visiting are Ireland, London, Rome and Hawaii. Dan’s unwavering passion for Video Production led him to join Lawline’s Production team. He enjoys traveling, playing video games, experiencing new restaurants/foods (specifically desserts) and spending time with his fiancé, family and friends.

Joy was born in South Carolina and raised in New York City. She graduated with a B.S. in Broadcast Journalism and TV-Video Production from SUNY Plattsburgh and a M.P.S. in Sport Management from St. John’s University. Before coming to Lawline, Joy interned with A+E Networks and worked for the New York Yankees as a Season Ticket Sales Representative. She enjoys writing and listening to new music. She wants to travel the world more and learn about new cultures.

Katie was raised in Ft. Lauderdale, FL and decided to brave New York City after graduating with her M.A. in English Literature from Florida State University in 2018. When she is motivated to get off her couch, she frequents the movies, the theater, and the museums of the city.

Sarah graduated from Simon's Rock College in 2005 with a BA in Linguistics, did some time in the NYC events world, and then returned to academia and graduated from New York Law School in 2012. Before joining Lawline, she worked in litigation management as a legal auditor, a job which made her lots of friends with partners at major law firms. She is a practical idealist, a cat lover, and enjoys defending bad weather and the MTA.

Alberto was born and raised in New Jersey. He graduated from William Paterson University in 2015 with a degree in Computer Science. When he is not coding, he is an avid soccer fan and music enthusiast. The teams he roots for are the NY Red Bulls of MLS and the US National Team. During his free time, he likes to hang out with friends, listen to music, watch/play soccer, and play video games.

Mike is originally from the Boston area and moved to New York in 2001 after earning his undergraduate degree in computer science from Middlebury College in Vermont. Before becoming a full-time web developer he taught middle and high school mathematics for five years in Brooklyn and Manhattan. He is an occasional LinkedIn Learning course author, focusing on open-source frameworks for JavaScript and PHP. In his free time he enjoys playing guitar, reading comics, and teaching his kids and their friends how to play Dungeons & Dragons. He lives in Brooklyn with his wife Katie and their two children, Yujin and Eileen.

James, born & raised on Long Island, NY, received his Bachelor’s degree from SUNY Farmingdale. He is a huge sports fan especially when it is in reference to the NY Mets and NY Jets. In his free time, he plays competitively in Flag Football & Softball. He also coaches a youth basketball team.

Born in Macau, China and raised in Hong Kong, Oi is a traditional Chinese guy who loves Asian food. He received his Bachelor’s degree in Computer Software Engineering from Polytechnic Institute of NYU. Oi’s passionate about technology both frontend and backend and is always looking for the best tools for projects. When he is not coding or reading tech blogs, Oi enjoys playing video games, hanging out with friends, trying out new restaurants, and spending most of his time with his wife Mian and two children Marwan and Makayla.

Rich is Lawline’s VP of Product. He is a graduate of SUNY Buffalo, with a bachelor’s degree in Business Administration. He’s passionate about creatively scaling and sustaining growing companies and has contributed his talents to Lawline since 2012. In his spare time, Rich is an avid athlete, with two full marathons under his belt and another on the way. He also loves to cook and spend time outdoors with his pit bull, Marni.

Kathleen is our Marketing Operations Specialist and assists with matters pertaining to financial forecasting, data reporting, email marketing, and organizational planning. She is a graduate from Virginia Tech, with a double major in Philosophy and Theatre Arts. If you ever need some intellectual stimulation, her door is always open for a philosophical debate. She is passionate about cooking, watching movies, hosting friends, both old and new, for dinner, and traveling wherever and whenever she can.

Mike is the Acquisition Marketing Manager at Lawline. During his time here, Mike has worn many hats, from solving problems in customer service, to producing courses in the studio. Mike joined Lawline after spending 8 months traveling around South America, eating various types of empanadas and generally butchering the Spanish language. He enjoys trying new foods, traveling, climbing things, and riding his bike around New York. 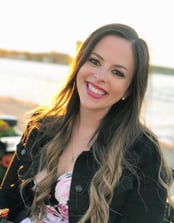 Stephanie Freedman was born and raised in New Jersey. She graduated from the University of Delaware with a degree in Human Services. Stephanie started working for Lawline in January 2015 as a Customer Experience Specialist, but now manages all of Lawline's Group Accounts. In her free time, Stephanie enjoys spending time with friends and family, shopping, and trying out new cheesecake and banana bread recipes! 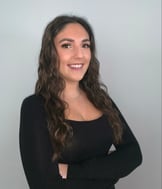 Michelle Ramires was born and raised in New Jersey. She graduated from Montclair State University with a Bachelor's degree in Business Administration. In her free time, she enjoys working out, shopping and spending time with family and friends. She also have a love for traveling when she could and experiencing new cultures.

Transition to a Remote Company: Step 1- Update your Hiring and Onboarding Processes