A Holiday of Recognition 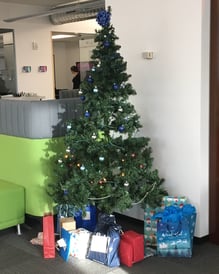 Every year, Lawline has a tradition of celebrating the holiday season with a game of Secret Santa and an off-site holiday bash. This year, I noticed a theme at play in both events that spoke volumes about the kind of people who work for Lawline. The theme was recognition, and it manifested itself in a couple of ways across our two events last Tuesday.

Secret Santa is such a personal experience for everyone involved, both when giving and receiving a present. In the giving stages, circles of chatter developed weeks in advance of people collaborating with each other to devise the best possible gift for whoever’s name they pulled out of Santa’s hat. People ordered gifts online, went to specialty stores, and even recruited the help of friends and spouses to track down the best location to pick up their intended presents.

All of the thought and attention that went into picking the best possible gifts for the designated recipients did not go unnoticed when we opened our gifts and guessed who gave them to us. The presents included adorable onesies for an expecting mother, a Game of Thrones desk calendar for a GOT fan, a bottle of coconut stout for a craft beer enthusiast, a gift card to a cat cafe for a mother of two cats, a Gilmore Girls cookbook, a French press, and more! The most meaningful thing about these gifts is that they were all highly personalized. This is flattering because it shows that your coworkers are listening when you share your interests with them and are giving you a gift that you’re truly going to value. It was a wonderful display of our Core Value CARE.

Next, we broke out the Core Value PLAY by heading to Barn Joo in the Union Square area for our holiday party. The evening started out with a cocktail (half) hour, and was followed by two awards ceremonies. The first was a Core Value awards ceremony. All of the CV nominations that had been given at morning meetings throughout the year were reviewed and 5 outstanding nominations, one for each of Lawline’s Core Values, were recognized. Pictured here is the CREATE nomination that Rich, our VP of Customer Experience, gave to James, one of our amazing developers. James received this CREATE nomination in June when trying to automate reports for our Accreditation department and save multiple people at the company a great deal of time and effort.

The second awards ceremony was much like The Dundies, if you’ve ever seen the awards episodes of the TV show The Office. It was a superlative-based awards segment for individuals and groups, where everyone got a laminated award recognizing a unique quality of theirs, and groups of people received awards recognizing elements of their teamwork. Some of the individual superlative awards included most likely to secretly be Batman outside of work, most likely to take laser tag too seriously and be sore for 3 days, most likely to provoke a heated Thursday lunch debate, and most likely to be sworn in as the secretary-general of the UN.

We then were exposed to an interactive superhero themed slideshow, where an image of superheroes would appear, and based on that hero’s qualities, people in the audience were encouraged to guess which Lawliner best fit the superhero. The greatest element of this exercise was that when a superhero was described using excellent qualities like the ability to break through walls, be flexible, be smart, or ensure safe and strong foundations for others, people in the audience shouted out multiple names of the Lawliner each hero could represent, which tells me that we have an incredibly talented team. 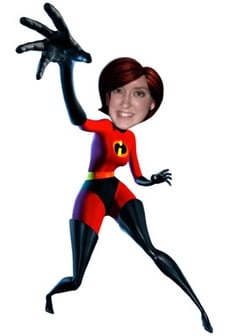 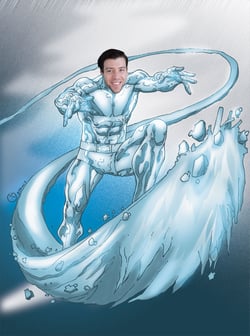 The holiday season always seems to bring about a heightened awareness of what and who we appreciate. It’s important to give that appreciation a voice and make it known to others that they mean a great deal to you and your organization. I’m proud to work for a company who takes the time to recognize its people.