Our Programs team was recently joined by Katie Carelli. The following are Katie's thoughts on starting at Lawline:

1) How was the interview process for you?

The interview process was quick yet thorough. I applied via LinkedIn and heard back from Kathleen, our Business Operations Assistant, the next day to set up a phone interview. A couple of days after the phone interview, I was sent an editing task that I had to complete and send back within 15 minutes. After my edits were reviewed by the team, I was asked to come in for an in-person interview with Shaun and Angelica, the Director of Content and one of our Program Attorneys. This interview lasted for about an hour and I was asked to speak in depth about my previous positions and how the skills I acquired while holding them would transfer to this new position. Once this interview ended, I was asked to come in for a final in-person interview in which I met with two different panels of team members, two of those team members being Dave and Sigalle, the CEO and COO of Lawline, respectively. This interview lasted for about two hours and I was asked for further explanations of how my skills would allow me to excel in this position. I got an offer from Michele, our VP of Business Operations the next day which I, of course, happily accepted. All in all, from the day I applied to the day I received an offer, the process took about two weeks - much faster than I had anticipated.

2) Before stepping foot in the office, what did you imagine Lawline would be like?

I thought it would be a good balance between laid back and structured. The job description was written in such a fun and upbeat way that I assumed the office would be fairly easy going, although, as a non-attorney, I was admittedly a little intimidated by the word “law”. 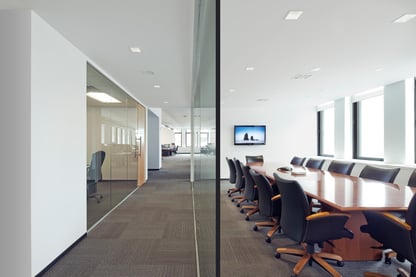 I was naturally incredibly nervous prior to the start of my first day. However, my nerves were immediately put to rest when I set foot in the office. Kathleen was waiting for me with breakfast and a welcome packet. After she helped acclimate me by showing me around the office, I spent the majority of the day attending presentations led by various team members and learning more about the company and its various departments. I ended the day with a much better sense of the company and my role within it.

4) What would you say is your biggest GROW moment so far?

I can’t pinpoint one specific moment. Rather, I think about how much I’ve grown and learned over the course of the two months I’ve been here. When I first began training, I was overwhelmed thinking about all of the tasks my job entailed, especially because I didn’t know the process of accomplishing any of them. However, thinking about where I am now, and how comfortable I feel completing the tasks required of me, I can’t believe how much I’ve grown and learned - and all thanks to the help and support of the team.

5) Do you have a favorite PLAY occasion?

So far, my favorite occasion was the company picnic that took place during my first week of work. Usually, this picnic is located in Battery Park but, because of intense heat, it was held in our office instead. Even still, food was eaten, games were played, and I was able to prove myself as a worthy opponent by winning Sushi Go! by half a point. I’m definitely not bragging, though.

I have worked in quite a few different office environments in the past, and Lawline has, by far, been the most welcoming, fun, and supportive. I have thoroughly enjoyed the two months I have spent here thus far, and am looking forward to many more. 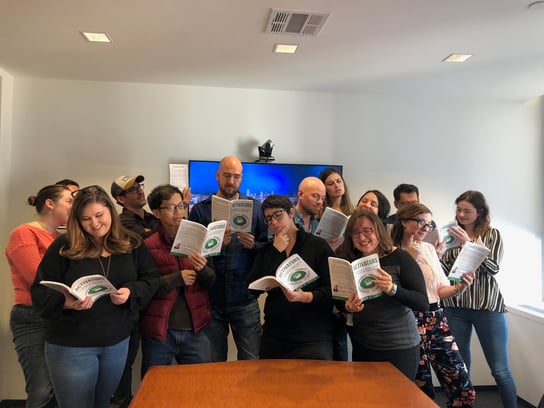 Welcome to the team, Katie!