In these sessions, we reflect on the previous month's successes and challenges, and create strategy for the upcoming quarter. However, at times, the most impactful part of each full day is when Mark leads us in a book summary from 15MinuteBusinessBooks.com. Our most recent one was on Kim Scott’s Radical Candor: Be a Kickass Boss Without Losing Your Humanity, which Mark facilitated while we lounged in Sigalle’s comfortable living room (so that she could participate during the last stage of her pregnancy). 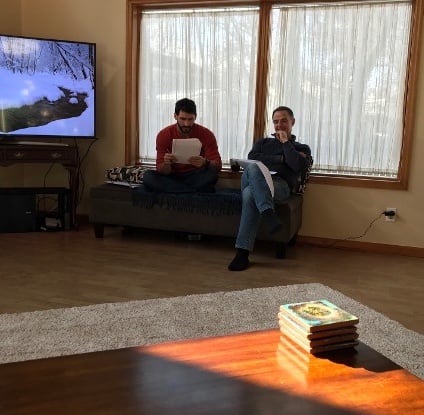 The two stories from the book that were the most meaningful to me demonstrated times when radical candor is done properly and when it is not. In the first story, Sheryl Sandberg who supervised Kim at Google told her that when she said “um” repeatedly throughout a presentation, she sounded “dumb.” Sheryl told her this uncomfortable truth because she cared for Kim and her growth, and followed her comment with an offer to hire a public speaking coach to assist Kim, which she accepted.

On the flip side, the second example took place when Kim was running her own company and there was an employee who was underperforming, which affected all of their team members. Instead of addressing the issues head on with the employee, she avoided the difficult conversations until it reached the point where she terminated him. After she explained the reasons for the termination, her employee asked her the simple question, “Why didn’t you tell me?”. Mark made all four of us reflect on the conversations with our own team members that we weren’t having but that we needed to have, and emphasized Kim Scott’s thesis that the best way to show your employees that you are invested in them is to “Care Personally” (give a damn, share more than just your work self) and “Challenge Directly” (telling people when their work isn’t good enough and when it is). Mark concluded by telling us that through our core value of CARE, we have done a good job with Care Personally, however we could do a better job with “Challenge Directly”, which will help all of our employees become better professionally and individually. Rich, Sigalle, Dave and I all got a lot of value out of that summary and have already begun to implement the Challenge Directly approach, but hands down, the best part of the day was the delicious spread from Sigalle's mom’s restaurant, The Orchid. 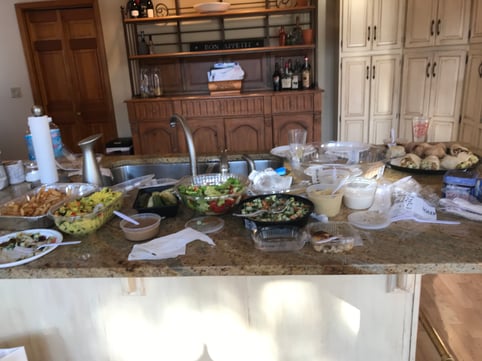